I remember I was out at a club once and talking to this smoking hot girl.

After some back and forth flirting, I said…

To which she responded…

“Ok, but we’re not having sex tonight” with a smile.

Of course I ignored her and less than an hour later, we were smashing.

How did I know she wanted to bang?

Because she was giving me arousal signals that told me she was DTF.

And the biggest signal of all?

Her telling me we weren’t going to hookup.

You see… that’s where most guys go wrong.

They don’t look for and understand the signals that women give off, so they keep trying to not screw things up.

This eventually leads to the girl getting bored and losing attraction.

So it’s essential that you look for THESE Signs She Is Secretly Attracted To You at all times. 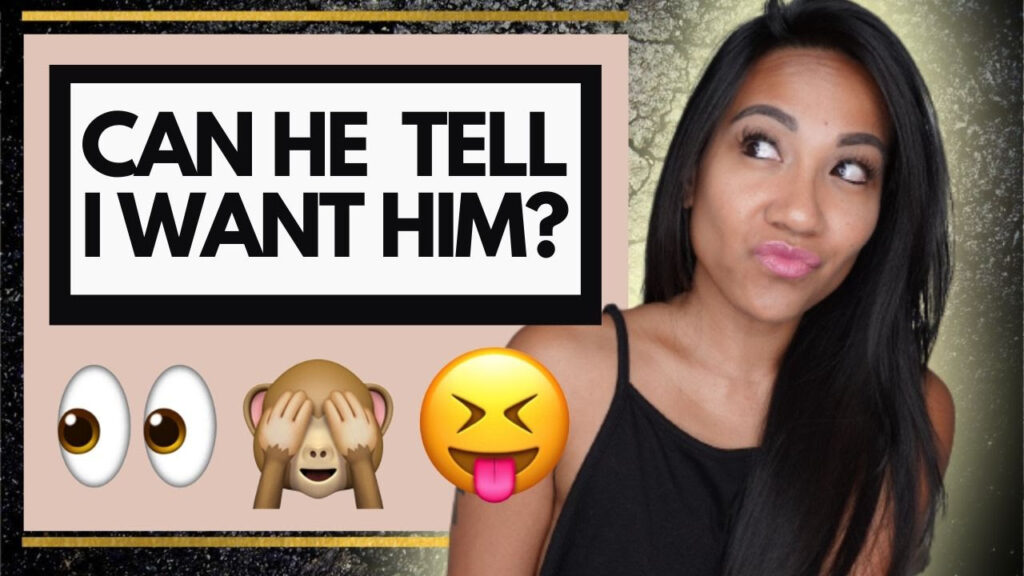 I promise your close rate will go through the roof if you do.

7 STRANGE Things Women Do When They SECRETLY Like You

Heyyy hun how’s your day been so far?!

Either way I hope today’s video helps make it better! THIS ONE is about the signs she likes you…when she DOESN’T WANT YOU TO KNOW!

The key difference here is that these are very subtle and subconscious, if not completely secret to even her!

7 STRANGE Things Women Do When They SECRETLY Like You

Your Girl From Here On Out,

A lot of guys struggle to make things SEXUAL with women…

Some expect women to ‘make the first move’…

Others worry the woman will REJECT their advances.

As the MAN, it’s your job to ‘take the lead’ and escalate things. And, knowing the signs she wants you to kiss her – and then actually ‘growing a pair’ and instigating the kiss – is really important.

That thought in mind, here are:

3 Obvious Signs She Wants You To Kiss Her…

When you’re out with a woman, and she starts making more EYE CONTACT with you…

And, she holds that eye contact for longer than usual…

It creates a feeling of “Sexual Chemistry”…

And, it’s on the hidden signs she wants you to kiss her.

Note: it doesn’t mean she’ll kiss you! You’re the guy – so, she’s ready for YOU to kiss HER!

2. She Looks at Your Lips and Licks Hers Suggestively

When a woman gives you strong eye contact, and you can feel the chemistry building…

And then she slowly moves her gaze from your eyes, to your lips, and then back to your eyes, while subtly, yet suggestively licking her lips…

She is more than READY for you to kiss her… 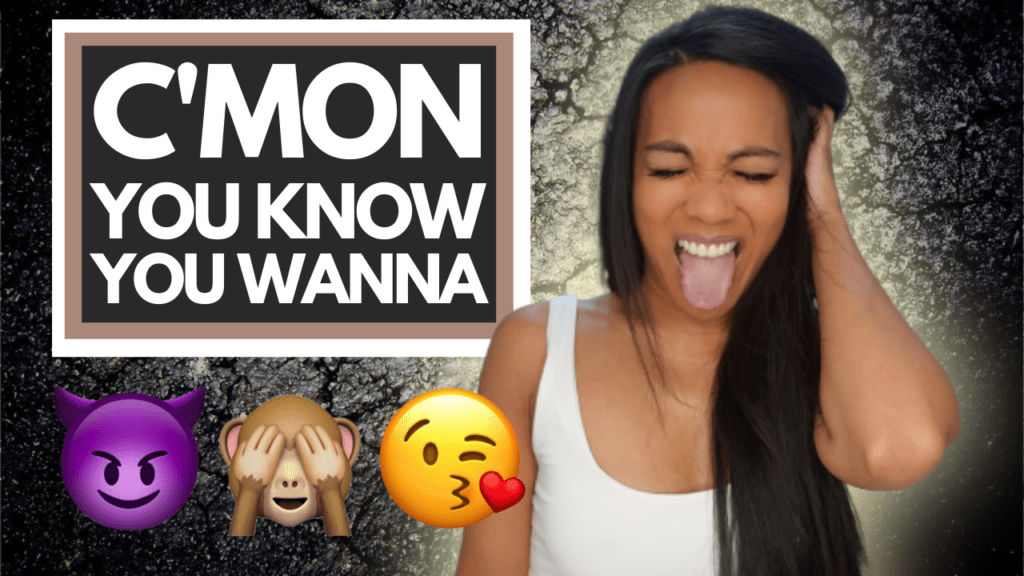 And, I promise you this…

Her PANTIES are already WET.

3. She is Physically Closer to You Than Just ‘A Friend’ Would Be

When you’re out with a buddy, having a beer and ‘watching the game’ – there’s kind of like an “Unspoken Rule” about how close you should sit from each other.

Some people don’t seem to get the idea of “Personal Space,” and they always come across as CREEPY.

But, most people ‘get it’ – without having to be taught it. They ‘get’ that there’s an invisible space around you that’s YOUR SPACE… your personal space where other people aren’t supposed to be…

Unless, of course, that ‘other person’ is a WOMAN who you want to ‘get sexual’ with.

In that case, you’ll welcome her being CLOSER to you than a normal person would be in regular conversation (be it a buddy watching ‘the game’ with you, or your boss at work).

…And, she looks at your lips and then licks her suggestively…

…And, she does both those things while being physically CLOSER to you than a normal friend, family member or work colleague would be…

At that point, all that’s left is for you to “MAN UP” and ‘make the move.’ If you do, she’ll love you for it. If you don’t, she’ll see you as ‘just another weak guy who’s lacking a pair of balls.’

It’s your call. To get you started, watch the FREE video below to discover…

Signs She Is Secretly Attracted To You 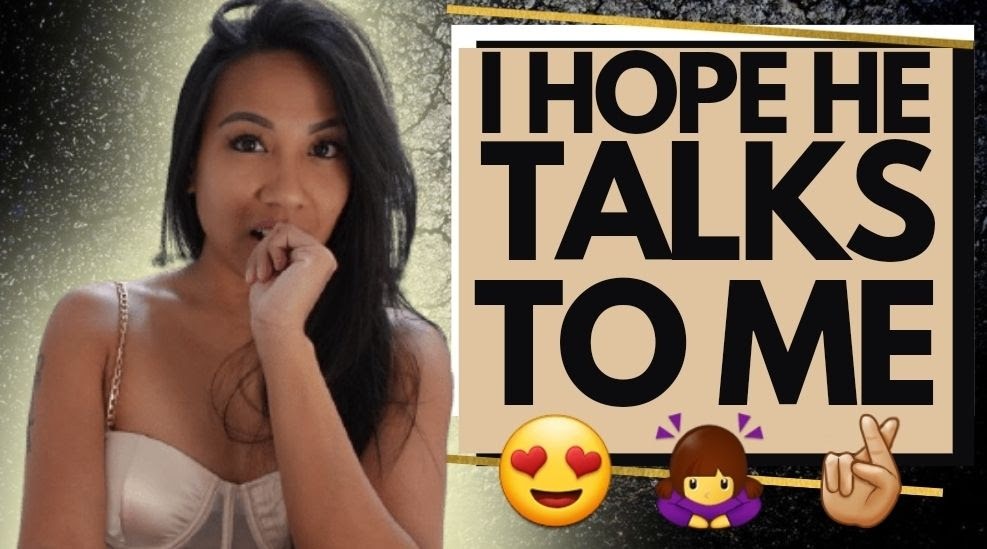 “When a woman smiles at you does this actually mean that she’s interested and attracted to me? Or is she simply being nice?”

Of whom I know many of you are big fans.

However… today I want to talk more about this issue generally.

Because it’s a HUGE blind-spot I see many guys have.

This whole question of:

This is the exact wrong way to look at things.

When you see a woman as you go about your day…

And if she smiles at you….

Or even if she doesn’t look at you at all….

IT DOESN’T MATTER if she’s romantically interested in you or not.

That’s what a being a fucking MAN, IS.

You’ve seen them — videos and products about things like:

“How to decode her signals and know whether a woman is really interested in you or not!”

“7 hidden Signs She Secretly likes you and has a crush on you!”

It doesn’t matter if she likes you or not, now.

The whole point of game is to learn how to MAKE her like you.

MAKE her have a crush on you.

She may not even know you EXIST.

But after she spends 10 minutes talking to you, she sure as hell is gonna start giving off signs she secretly likes you.

At that point, she’s going to realize you’re the most interesting and charismatic man she’s ever met.

THAT is your goal.

NOT trying to “worm your way” into some set that’s already “warm”.

You don’t look for signs of attraction.

You create it out of NOTHING.

That is what being a REAL APHA MALE is.

That is what a true OPERATOR does.

Walk up to ANY woman there…

And then soon after, be willing to leave and come home with you. 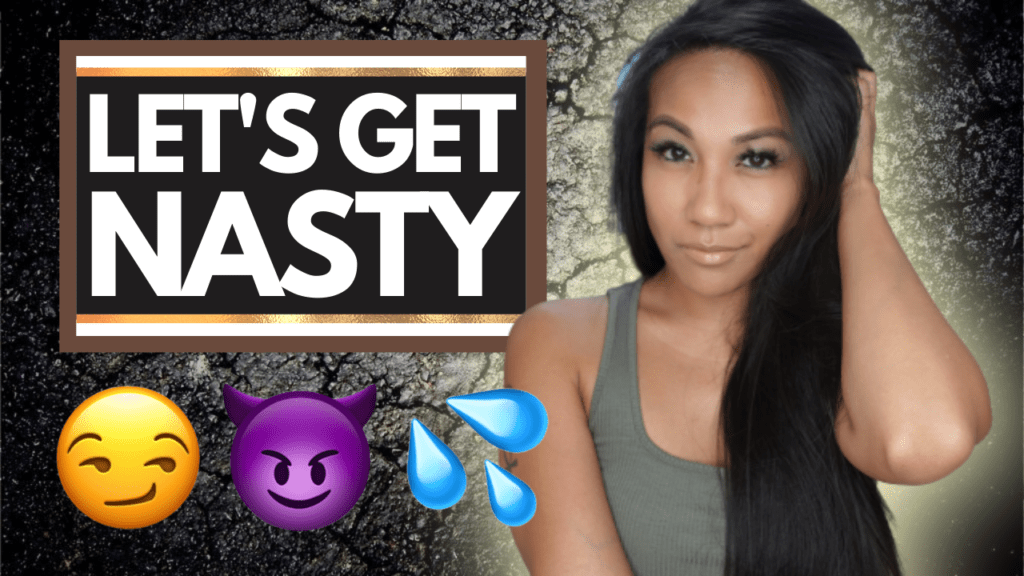 Not only is it possible (I personally do it every week)

But if you CAN’T do this…

then you are simply NOT a man, in the full sense of the word — as I define it.

Not the “man in quotation marks”, that usually see nowadays…

But a real man…

A man who’s worthy of the name—“MAN”…

Referring to the most perfect and highly developed of all beings on this planet, the acme of creation, who built civilization and went to the moon…

A MAN should be entirely self-sufficient, autonomous and self-reliant.

You should be able to walk up to people you’ve never met and have them give you money.

You should be able to walk up to strange women, and within 20 minutes have them want to sleep with you.

You should be able to convince people of anything —

Who mysteriously appears in town, has a shadowy background..

Yet somehow immediately establishes himself, and gets all the money he asks for.

I’m not saying you should con people. (That’s not good in the long run, and is ultimately counter productive)

But you should BE ABLE to. You should have that kind of irresistible persuasive power.

If a girl smiles at you…

If she shows interest…

If she happens to be romantically interested in you already before you show up….

Great. Your job will be easier.

But it’s NOT RELEVANT how she feels about you before you speak to her.

The only thing that matters is how she feels about you AFTER she’s talked to you for a few minutes.

THAT is the true judgement of your worth as a man.

90% of the women I talk to don’t have the slightest respect or esteem for me when I first go up to them.

They think I’m not “their type”.

They have a wrong estimation of me.

Or they simply aren’t interested in me, from a first glance perspective.

But you better believe that after 2 minutes talking to me…

And I’m giving her the FIREWORKS…

I’m taking her emotions on a wild ride…

Well, after 2 minutes of that — she usually says something to the effect of:

“Jesus, you’re the most interesting person I’ve ever met! Who ARE you? What do you DO?! Do you have a girlfriend?”

Well, If You Want To Find Out, Watch The FREE Video Below…. 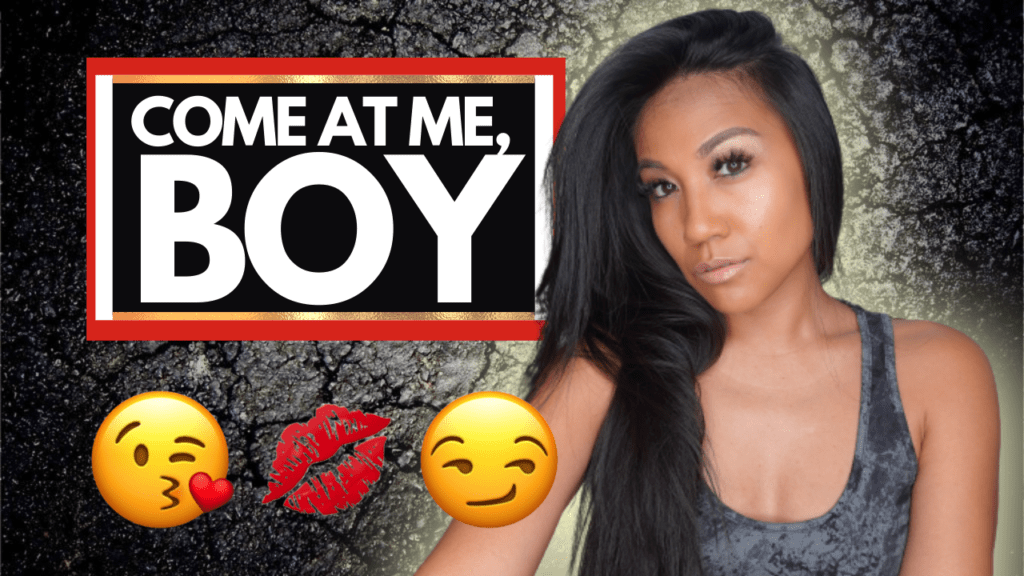 Signs She Is Secretly Attracted To You Body Language

Signs She Secretly Wants You To Make A Move

Signs She Wants You To Kiss Her

An Obvious sign she is secretly attracted to you at work

7 hidden signs she secretly likes you 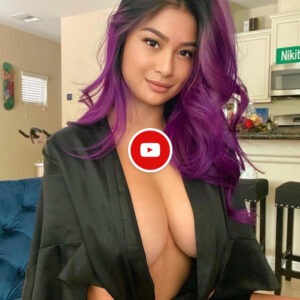 huge signs a woman is attracted to you 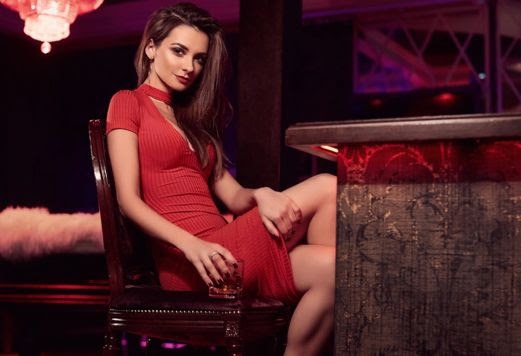 A Subtle sign she is secretly attracted to you through text signs a mature woman is attracted to you 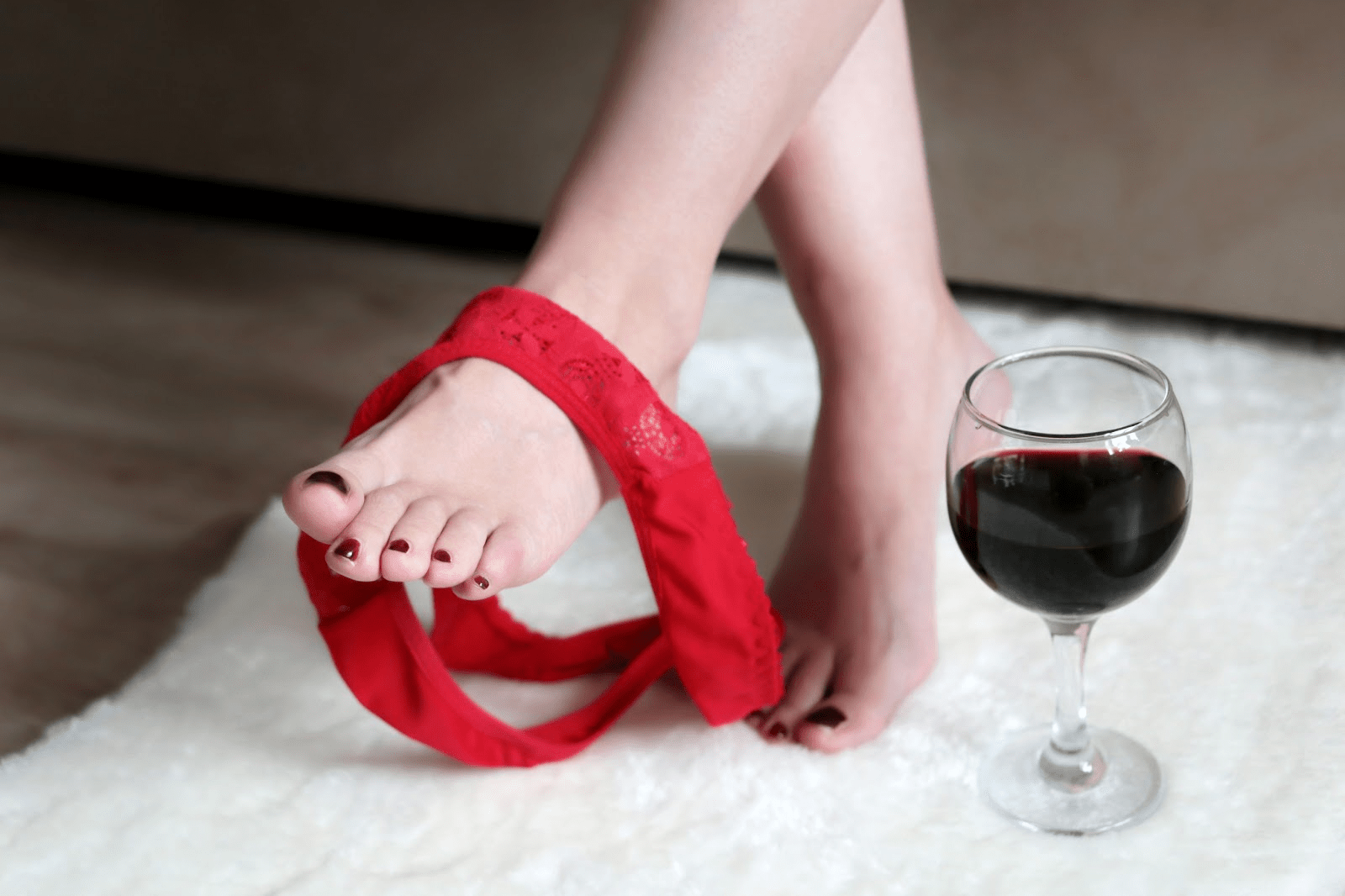 27 obvious signs she wants you

signs a woman is sexually attracted to you 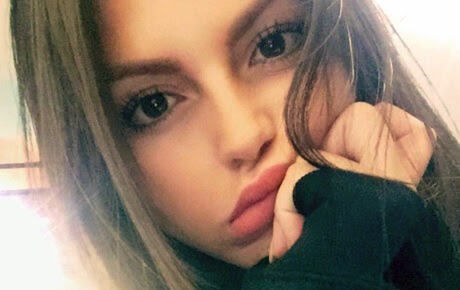